Comparison of Krita vs Photoshop as of 2020

Krita vs Photoshop – which to choose? Graphic designers and artists have pondered over this question for quite some time. It’s because Krita and Photoshop are the leading players in the graphic design market. They are very popular for developing digital designs, editing photos, illustrations and digital painting.

Whether you are a newbie or an experienced graphic artist, and if you can’t choose between the two, this post will help you.

Krita is an open-source software developed for animation and developing digital paintings but its quite different from Photoshop. Krita cannot be considered as an alternative of photoshop as it is only used for digital drawing, not for image editing.

They may have similar purposes but are actually different. While Photoshop can be used for drawing and making digital art, Krita is the better option for painting. But Krita can also be used along with Photoshop to develop outstanding graphic art.

Lets first start with a comparison chart between Krita and Adobe Photoshop:

Krita is an open-source software developed for animation and developing digital paintings. It is free and can be used by both professional artists and beginners. As it is packed with features, it can be used as an alternative to much costly software such as Corel Draw and Affinity designer.

It has many advanced painting tools such as smoothing, layering, colour mixing, rendering, painting, mirroring, blending and transforming. HDR images can also be modified and photo manipulation can also be performed.

It has become popular in filmmaking and the video game development industry. It has more than 9 brush engines. It comes pre-loaded with more than 100 professionally designed brushes. 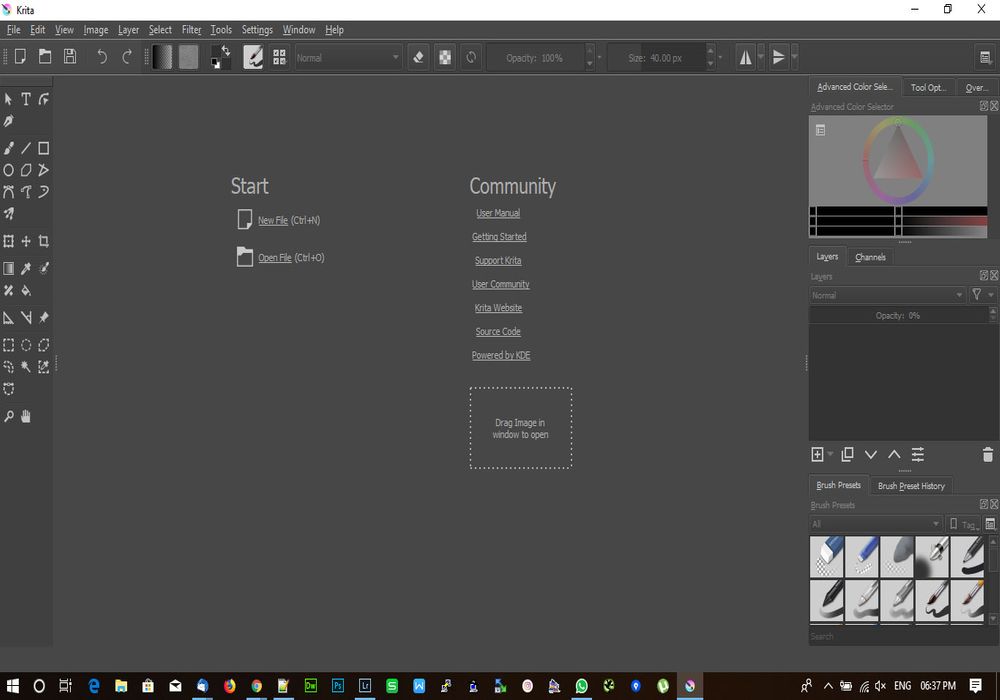 The advantages of Krita are as follows:

Krita is multilingual, It by-default uses the language of the user's system.

How to change the language in Krita?

To change the language in Krita please follow the steps below:

How much Does Krita Cost?

Krita is an open-source freely available software and there are no enterprise plans. The user just needs to sign in and he will be able to use it right away.

Krita is becoming a very popular software amongst graphic artists and digital developers. The user-friendly interface and developer support is impressive. The variety of tools such as Fill Brush circle and the Fill Brush Circle, Bristles Texture Brush, Basic Mix Soft brush and layering tools help the modification of images.

The free version is cost-effective than the other costly competitors like Photoshop and CorelDraw. But being a new software it has a long way to go as many features can be added.

Developed by Adobe Inc., Photoshop is perhaps the most popular and widely used graphics designing and image editing software used by designers all over the world from novices to experts.

It is supported by the Adobe Sensei platform, that offers AI-driven features such as Neural filters. These filters allow you to modify black and white images and alter facial expressions radically.

It is basically a system that is based on layers and the alteration of the different layers is performed for editing the images. The repetitive operations can be automated using its advanced features.

The Photoshop Creative Cloud can be used by different users so that they can work from anywhere. It is used by graphic designers, advertising designers and video game developers. You can now easily manage the cloud documents using the Version history panel. 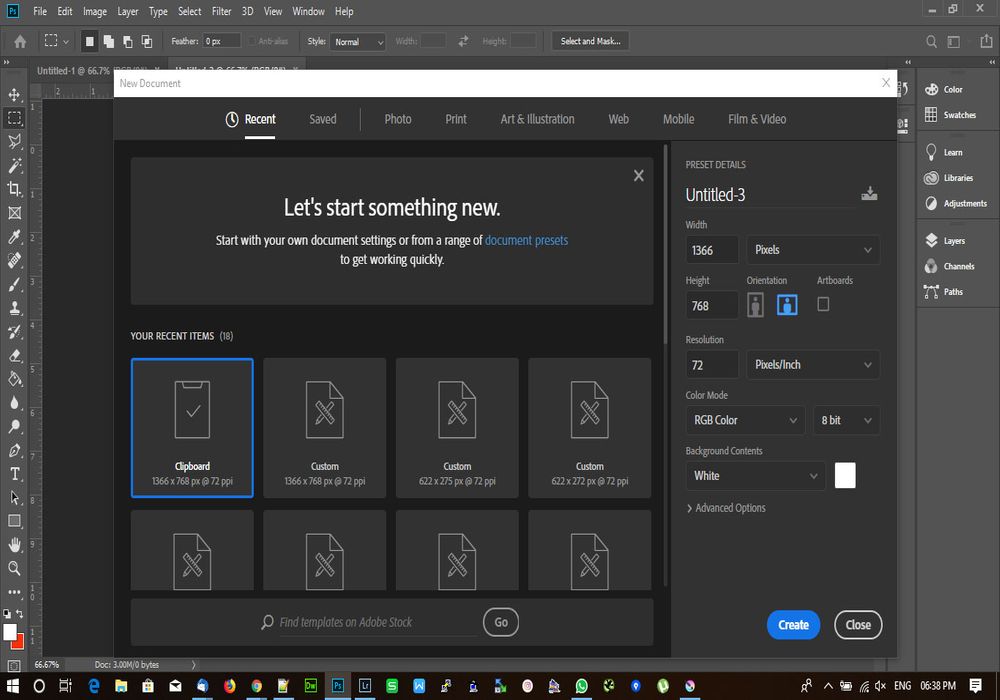 The important features of Photoshop are as follows:

The advantages of Photoshop are as follows:

How much Does Photoshop Cost?

Adobe Photoshop CC is available in the form of single apps for individuals/teams as well as the Adobe Creative Cloud software.

The SMB (single app) is available for:

The Single App for businesses/ teams is available for:

Photoshop is a much stronger competitor than other photo editing and graphic designing software. The huge variety of features and functionalities make it very powerful. Normal pictures can be given a much-enhanced look.

Features such as red-eye remover and eyedropper make the task easy for the designers. With added brush features, better brush strokes and smoother lines can be clearer lines within the images.

Layers can be used to arrange the entire workflow and isolate important elements.

Why Krita is a tough competitor for Photoshop?

Krita is a tough competitor for Photoshop as:

Krita software is a good product in the graphic designing market but Photoshop is far more advanced. Photoshop has many features for handling many complicated projects, whereas Krita falls short on the number of features it can provide.

But in terms of cloud computation, Photoshop moves past Krita as the documents can be shared easily using the Photoshop Cloud suite. However, Krita cannot be used as a replacement for Photoshop, but as a complementary software bundle.