What is the meaning of short dump CONV_EXIT_FIELD_TOO_SHORT occurs on the system. By analyzing the dump, the issue occurs in ABAP programSAPLALFA in CONVERSION_EXIT_ALPHA_INPUT it is triggered on the code below show ing the attached screenshot:

You getting the above message because of the below points: 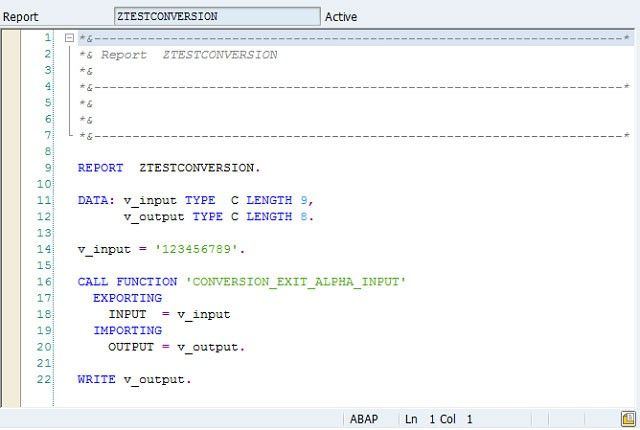 Please do as following:

It is necessary to increase the size of the variable that is passed to parameter OUTPUT, in a way the result can fit it. In the mentioned sample, increasing the length of variable would resolve the issue.

It is possible to know what program is calling this function module by checking Section "Active Calls/Events" of the dump, as shown below:

The program that needs to be adjusted is usually the one below function CONVERSION_EXIT_ALPHA_INPUT. In the example above, the variable is declared in program "ZTESTCONVERSION".